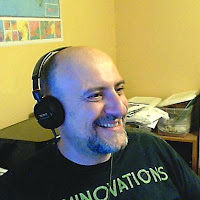 Ciro Villa is an experienced technologist and an application developer and has worked for a number of industries. Since he was a child he has always been interested in Science and Technology,in particular Space Exploration, Astronomy and Cosmology. He is very active on the Google Plus social media platform where he has been doing space and science news sharing and outreach since 2011. He is also a moderator of the Space community on Google Plus owned by renowned producer of Universe Today Fraser Cain. The community is one of largest and most popular on that social media platform. He created graphic montages of celestial object hovering on Earth featured on Universe Today. He is also an active member of the Planetary Society and toured NASA facilities with Bill Nye and his entourage. He has attended various Nasa Social events, including a Space Shuttle launch, a couple of SpaceX launches and the Orion test flight last year. His direct link to his Google Plus profile is CiroVilla.com