Bigfoot, the BFRO, Finding Bigfoot, and a look at the evidence

Calling Bigfoot! Bigfoot, the BFRO, Finding Bigfoot and the evidence. (now with sounds!)

Cryptids for the Beginning Skeptic

The Unseen Podcast is distributed under the Creative Commons Attribution/Share-alike license.


Host Paul Carr and the panel welcome Twin Cities transhumanist Tim Shank for a discussion what
transhumanism means right now, not just off in the science fiction future. We discussed Tim's personal experiments with implants, smart drugs, and the future of human enhancement. We also struggled with what the definition of "human" is about to become.

TwinCitiesPlus
Cambridge Brain Sciences
Nick Nielsen's blog about this Episode - with rich linkage.
Why are there Computer Chips in Tim Shank's Hands?
the 10% of your Brain Myth
Brain Stimulation  - TheMilitary's Mind-Zapping Project
Put Down the Smart Drugs
FM-2030


The Unseen Podcast is distributed under the Creative Commons Attribution/Share-Alike license.

Episode 29 - I'm not saying it was Aliens

Host Paul Carr welcomes panelists Adam Smith, Buck Field, James Garrison and Mike Bohler to talk about the recent very strange light curves and follow up observations reported by Tabitha Boyajian, et. al. that has been sensationalized in the mainstream media to "Alien Megastructures." Somehow this diverges (drink!) into a discussion of woo woo entertainment television and one of its most obnoxious personalities.

Build a Supercomputer on the Moon

Lava Tube Moon Base
The Caves of the Moon 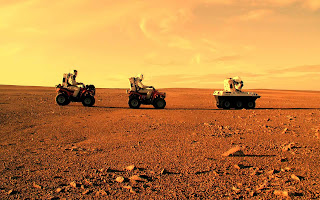 Posted by Unseen Podcast at 8:51 PM No comments: