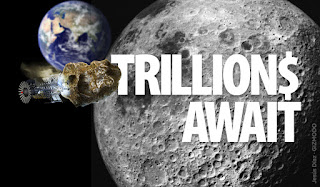 Host Paul Carr welcomes panelists Buck Field, James Garrison and Mike Mongo. Mike brings along surprise special guest Jim Muncy to talk about the recent law passed by the U.S. Senate that supports ownership of resources extracted from celestial bodies. From there, we talk about what we will need to be able to find and mine the richest, most accessible asteroids.