This page presents information about our hosts. Anyone with a computer and an internet connection can, in principle, host the show.

Paul Carr has hosted and engineered most Unseen Podcast episodes so far, but really wouldn't mind if more people stepped up and volunteered to take on hosting once in a while.

Paul is a minivan driving suburban dad who frequently makes jokes that kids do not find funny. He is also executive producer of the Wow! Signal podcast, and has a blog called Dream of the Open Channel. Paul is a Sputnik baby, and thus a lifelong space and science enthusiast. He has been a space systems engineer for over 30 years, and now works as a contractor at NASA Goddard Space Flight Center in Maryland.

Paul was also a panelist on Episode 31, but his pay was not increased as a result. 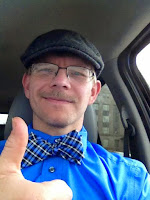 James, who has also been a regular panelist, will fill in from time to time, and is widely regarded as more entertaining than many of the more regular hosts. So far, James has hosted Episodes 12, 21, and our first Halloween episode, 31.

Adam has been a panelist on a number of episodes. Someday he may submit a bio.

David has been a panelist on several episodes.

David Grigg is a retired software developer who lives in Melbourne, Australia. He worked in the field of interactive multimedia for over two decades, and has also worked in public relations and as a journalist and sub-editor.
During the 1970s and 1980s, David was deeply involved in the science fiction fan community, publishing fanzines and helping organize SF conventions, eventually becoming Chairman of the 43rd World SF Convention held in Melbourne in 1985.In recent years he has returned to his old love of writing fiction. He is the author of a number of professionally published short stories and two short fantasy novels for teens. Collections of his stories are available for purchase on his website at:http://rightword.com.au/books.He also runs a website called The Narratorium, which publishes free short fiction.

Lichtenstein is a German-speaking landlocked micro state in central Europe. Its flag is red and blue with a gold crown. You now know more about that Lichtenstein than you know about Sam Lichtenstein, and he seems ok with that.